The fourth edition of The Ledge Recap 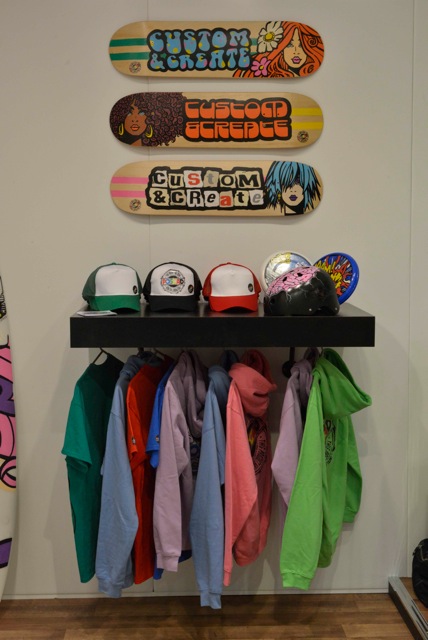 Providing an essential platform for both established and up and coming brands to come together, this years event was met with even more enthusiasm than the previous shows. The atmosphere was tangibly positive, encouraging plenty of big business to be conducted live on the show floor.

Bringing together a consortium of key brands within the action sports and lifestyles sectors The Ledge showcases the strength and importance of brands within today's market. Since its inception in 2011, the show has proved just how successfully it can provide a platform for retailers. 2013 was no exception, allowing retailers to view new and exciting brands under one roof - in a central London location - a show 'for our industry, by our industry, supporting our industry'. Visitors were pleased to see returning brands Etnies, Osiris, Santa Cruz, Lakai and BawBags (to name a few) and first time Ledgers Nike, Posca, Rip Curl, Hurley, Protest Brakeburn and more.

The Ledge is quickly becoming a tradeshow with the potential to rival its larger European counterparts - 5 of the 6 continents having been represented.

With roots originally in skate, The Ledge has continually expanded its offering. This year’s show proved just how much of an evolution has taken place in four short seasons. Exhibiting brands covered an extensive mix of product type including childrenswear, bikes, headwear, fashion accessories, ski and snowboard, surf & swimwear, lifestyle, motorcross, eyewear, MMA, and underwear. Such a wide range of relevant collections meant that there was something for all tastes.

Another exceptionally important sector that The Ledge has expanded into is streetwear.

The Streetwear Village, launched in September 2012, proved once again to be an impressive addition giving brands such as King Apparel, Hype, Deus, Dickies, DGK, The Berrics, Diamond Supply, Huf, The Hundreds and many more the opportunity to showcase their collections within their own unique and busy area of The Ledge. As with the original September show, this January's Streetwear Village managed to bring key people within the industry together, allowing buyers and brands to do business in an inviting professional environment. As a result of brand and retailer support, the Village has grown significantly, more than doubling the number of exhibitors in the space of a season. Exhibitors in The Streetwear Village comprised many exceptional and high quality brands. Upscale British streetwear brand King Apparel once again showed a collection of impeccable quality and original design. The Hundreds presented their usual array of head turning, Californian inspired graphic tees, denims and outerwear. Hype caught buyer’s eyes with t-shirt patterns as sophisticated as they were bright and unique. Makia’s Finnish inspired quilted coats, check shirts and accessories proved particularly popular with visitors.

As well as three busy and exciting days on the stalls, the Osiris and Sidewalk sponsored mini ramp saw plenty of action! The girl’s skate competition was battled out on the Saturday after an intense day of practice and qualifiers with the final went ahead in the afternoon with five competitors including Lucy Adams, Emma Richardson and Becky Jacques, all of whom impressed in practice, taking 1st, 2nd and 3rd respectively. The skate show was wrapped up on the Sunday with a shop team final and a gap trick competition. Following hectic qualifiers and a display of impressive talent, Freestyle (Newport), Push (Brighton) and the 3 Amigos (London) filled the podium for the shop team final winning a pile of skate prizes. Sharing the £500 prize and Osiris sponsorship at the gap trick comp were Sox from team Freestyle and Zeze from 3 Amigo's. These two hard fought winners impressed the judges with their ability to huck themselves over the gap.

January 2013 witnessed the biggest, most successful instalment of The Ledge and Streetwear Village to date. This exuberant, evolving tradeshow magnetized key members of the action sports and lifestyle industry along with visitors, buyers and exhibitors in their droves.

Already the excitement builds for September, next season’s edition of The Ledge. Will you be there? 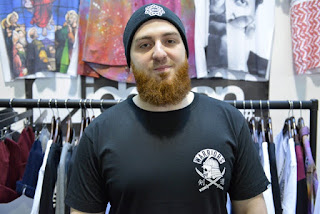 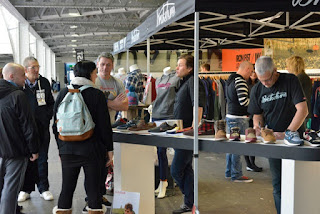 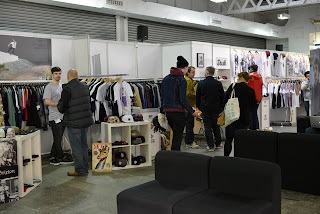 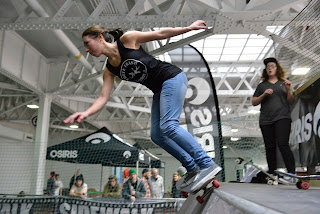 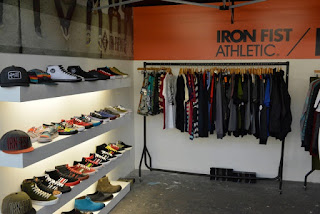 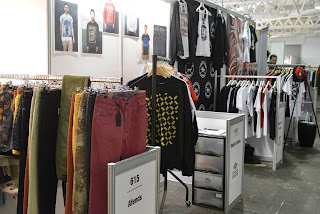 If you are interested in further reading, you can check out news on the Runway Fashion blog about the September 2012 Ledge Streetwear event.

What is Size XO Fashion

February 27, 2011
What is size XO fashion ? OK, it is possible you have never heard of size XO.  It is also possible that size XO does not exist or never has existed.  Well, the fact of the matter is that I am fairly sure size XO does exist.  I was on facebook last night and on the Fashion Bug page someone was asking why Fashion Bug charged more for size XO then they did for size XL.  The lady writting the post mentioned she measured them and they appeared to be the same.  Anyway, I tried to research the size and did not find much at all.  It is my understanding (possibly and incorrect understanding) that size XO clothing was created for larger size women in the same manner that size zero was created for smaller size women.  It is very possibly simply a "vanity" size. OK, here is how Fashion Bug explained the size, " The sizes XL and OX are in fact different. An OX provides more room in various areas of the garment such as the body, armholes, sleeve length and shoulders. And a 1X hav
Post a Comment
Read more

January 30, 2016
We are sure that you have heard of boyfriend jeans, but now you have the option of pairing them with super comfy and warm boyfriend boots . You can find the boyfriend boots above at the UGG Australia website. See more blog posts about Ugg boots on the Fashion Blog (our sister site). Learn more about boyfriend boots .
Post a Comment
Read more