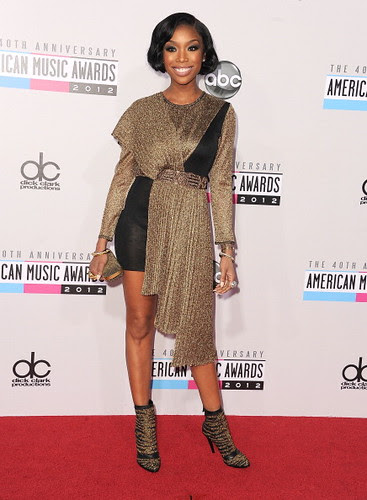 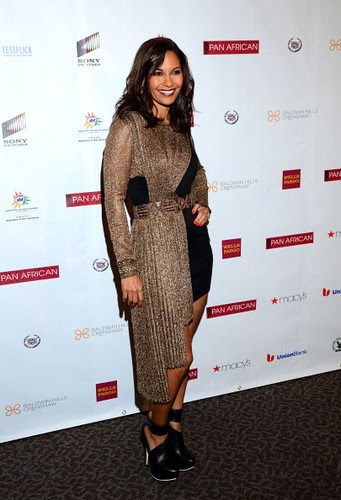 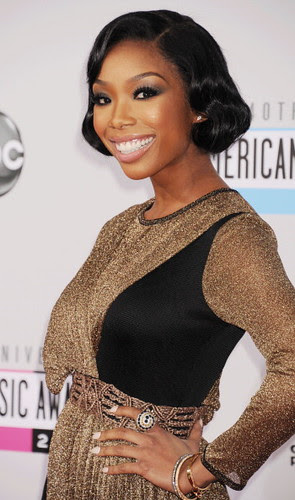 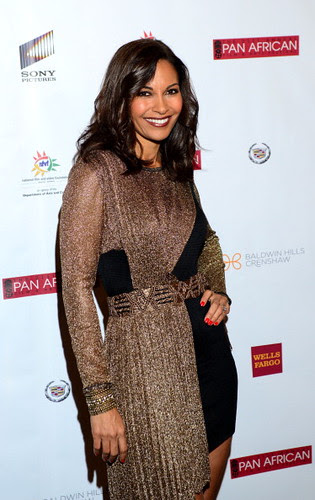 These two glamorous stars love to make a fashion statement, and both looked timeless and gorgeous in this edgy Ekaterina Kukhareva black and gold mini dress, with a pleated one-shoulder sash overlay and macrame embellishment. Superstar R&B singer Brandy first donned the bold look at the 2012 American Music Awards in November. Following suit, classy and stunning actress Salli Richardson stepped out in the shimmering ensemble while hosting the 21st Pan African Film Festival on February 7th. The London-based designer Ekaterina Kukhareva's classic and sexy pieces are made for gorgeous, confident women who enjoy standing out from the crowd, just like Brandy and Salli.

WHAT: Brandy at the 2012 American Music Awards and Salli Richardson at the 2013 Pan African Film Festival wearing a:

Ekaterina Kukhareva is a Ukrainian born designer based in London. She is becoming well-known across the world for the beautiful handmade details of her intricate knitwear, that is both timeless and sexy. Specializing in macramé, fringing, crochet, and beading, Ekaterina's brightly hued luxurious knitwear emphasizes the beauty of the female body, Ekaterina draws inspiration from her Russian roots as well as world history. Particularly moved by the queens of previous eras, Ekaterina's collection is made for the modern woman who is powerful, adventurous and enjoys standing out from the crowd.