Vera Wang at The Met Gala 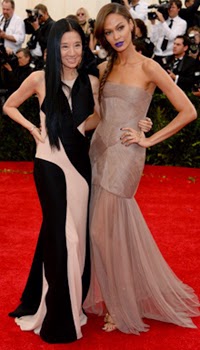 The exhibit officially opens on May 8th and runs through August 10, 2014. For more information, visit metmuseum.org.

What is Size XO Fashion

February 27, 2011
What is size XO fashion ? OK, it is possible you have never heard of size XO.  It is also possible that size XO does not exist or never has existed.  Well, the fact of the matter is that I am fairly sure size XO does exist.  I was on facebook last night and on the Fashion Bug page someone was asking why Fashion Bug charged more for size XO then they did for size XL.  The lady writting the post mentioned she measured them and they appeared to be the same.  Anyway, I tried to research the size and did not find much at all.  It is my understanding (possibly and incorrect understanding) that size XO clothing was created for larger size women in the same manner that size zero was created for smaller size women.  It is very possibly simply a "vanity" size. OK, here is how Fashion Bug explained the size, " The sizes XL and OX are in fact different. An OX provides more room in various areas of the garment such as the body, armholes, sleeve length and shoulders. And a 1X hav
Post a Comment
Read more